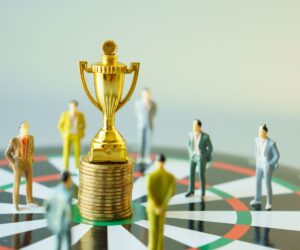 Unfair competition not only asphyxiates evolution and progress, it paralyzes structures and institutions, totally or partially. Marketplace, monopolies — whether complete or partial — create disadvantaged segments that normally have what it takes to compete fairly.

In Jordan, the concentration of energy resources in the protected monopoly of the oil refinery and the single buyer model of the national electricity company NEPCO are cases in point.

Although it is going to be a tough journey to align individuals and institutions with the principle of free competition as the only path toward progress, it is essential that we establish the proper discourse to make it an integral value of our political, economic, administrative, and educational systems. Competition is a progressive value that is rooted in the intrinsic human desire to pursue the best outcome based on the invested effort.

With the triangular approach of political, economic, and administrative reform that has produced three documents to take the country forward, we need to address the shortcomings as we implement reform plans. There is a need to revisit some assumptions and practices from the past.

While the political modernization and economic vision have very clear goals and objectives, the administrative reform plan needs more clarity, boldness, and teeth to intensify competitive progress and access to public sector jobs.

The public sector should be framed as a system that amplifies positive competition and reward, as opposed to uncompetitive access and automatic promotions. This requires immediate digitization of government services. We have no time to wait and no one will wait for us to get our act together. Every other competitor is leapfrogging and we have been at turtle speed.

The highly competitive world we live in today will not wait for our incompetence to become competent. We have to bypass the bureaucratic hurdles and move much faster than the administrative reform plan proposes.

Competition in the public sector, education, labor, politics, and the free market economy that we aspire to achieve is not a luxury, it is an overdue necessity. If one does well, one should not be afraid of competition. The role of government here is to regulate fairly with the interest of the people, all, and not some of the people, at heart. This is how we create the marketplace for free and fair competition across the board while we do away with monopolies and oligopolies.

We owe it to our youth and children to leave them a country they deserve. After all, it is our responsibility that we brought them into this world and we have to ensure their human dignity and wellbeing now and in the future.

This article was originally published in Jordan News on August 07, 2022. For the original article source, click here.