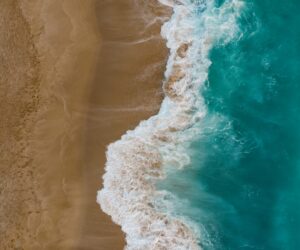 The strategic importance of the Red Sea for regional and international actors is being reshaped by a renewed set of influencing factors. These include, inter alia, changed global posture of super and great powers in the region, emerging roles of regional powers (through delegation of roles by the super and great powers), expansion in the number and size of fixed and mobile military bases on and off the shores of the Red Sea, and a set of maritime threats to oil and trade routes, such as piracy and illegal trafficking.

There is vested interest for the movers and shakers who have military or commercial presence in the Red Sea, including land on its shores, such as Egypt (over 20 ports) Saudi Arabia (six ports and expanding), Sudan (six ports), Yemen (two ports), Eritrea (two ports), Djibouti (six ports in the Gulf of Aden), Jordan, Israel, and those who have presence on the Red Sea and the Gulf of Aden, such as the US, China, France, Italy, Japan, Russia, Turkey, and the UAE.

Probably the most interesting country to watch is Saudi Arabia, which has a 1,760k.m of coastline on the Red Sea, home to new investments amounting to hundreds of billions of dollars, such as the Red Sea Project, King Salman Bridge to Egypt, Renewal of Jeddah, Neom, and the Line. Moreover, the halls of power in Riyadh and Jeddah seem to be giving more importance to the Red Sea sphere of influence (politically and economically) than the Gulf on which Saudi Arabia has a 560-kilometer shore.

The diversification of the Saudi economy (expected to reach $1.8 trillion in 2030) is being increasingly driven west of the Kingdom. This direction is amplifying the strategic value of the Red Sea, proving that the security of this body of water is gaining more prominence in the Saudi policy thinking, making, and execution.

Saudi Arabia had proposed a Red Sea summit, which was supposed to be held in September 2022, but it was postponed for undisclosed reasons just a few hours before it was scheduled to take place, which suggests that there is a lot of “political elbowing” around the Red Sea that caused the delay of summit.

The list of strategic assets on the Red Sea is rather long. Its shores are home to rare earth minerals, which have become a globally contested resource. Three hundred million people live around the Red Sea (including Ethiopia, which is land-locked and separated from the Red Sea by a narrow land strip belonging to Eritrea).

Part of this rivalry manifests itself in the FDI from the Gulf countries in ports and military bases in Eritrea and Djibouti, like the UAE, for example. Most countries with presence in the area are security and military allies of the US, with the exception of Russia and China. The “wild presence” of Iran in the waterways around the region is perceived by many as state-sponsored piracy in regional and international waters. Its presence invited Israel’s and allies’ counter presence, and a few encounters took place in the Red Sea in April last year.

While Jordan is not an economic power in the region, it punches above its weight in political and security arenas through the Aqaba process, intelligence capabilities, and the ability to deploy special forces in a timely fashion. In collaboration with its allies, Jordan is contributing to the security of the waterways for oil and trade from Asia to Europe through the straits of Bab Al Mandeb, where the Houthis control hundreds of kilometers of Red Sea coastlines.

This article was originally published in Jordan News on October 23, 2022. For the original article source, click here.