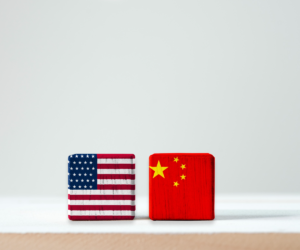 In the context of the current overt global competition between China and the US for global dominance, it is interesting to gauge the extent to which they could be successful in winning hearts and minds globally, and particularly in the Middle East, where emotions often run high due to political reasons.

Policy makers, observers, and business people who have worked with both countries often wonder whether China will be as appealing to Jordanians as the US. Appeal is measured through many methods, including by asking people how they feel about a country, asking them to describe the level of political, economic, cultural, military and security relations between countries, and asking them to rank countries in terms of favorability.

These are useful and important to know. However, what is more informative is to link perceptions of countries to the very essential needs for survival (beyond food and shelter), such as health care, education and professional training. If one trusts a county’s health care system, formation through education, and professional skills through which one makes a living, that country will surely be appealing.

One might not like a certain policy of a country, as Jordanians disagree with the American policy on the Palestinian-Israeli conflict, for example, but this position does not color their views about the system’s ability to do good in other fields.

In a recent survey by NAMA Strategic Intelligence Solutions, we tried to address the issue of appeal by asking Jordanians to choose “one” of these countries: US, Egypt, Turkey, UK, Germany, Saudi Arabia, Canada, UAE, Russia, Qatar, Japan, or China for education abroad, professional training, healthcare, and vacation.

The results of the survey of 1,505 adult respondents who were interviewed face-to-face in October 2022 show that the US was the top choice for each of the first three activities, with 18.3 percent of Jordanians indicating the US as their desired destination for education, 18.9 percent for professional training, 33.2 percent for health treatment, and only 4.9 percent for vacation.

China, the US’s rival, however, trailed the list of these countries and was chosen by 0.3 percent for education, 2.2 percent for professional training, 0.5 for healthcare treatment, and 0.1 for vacation.

In conclusion, Jordanians and probably others (to be tested) trust the American system for life essentials — health, education, and professional training ­— more than those of Germany, Britain, Canada, Egypt, Saudi Arabia, UAE, Turkey and China.

This article was originally published in Jordan News on November 27, 2022. For the original article source, click here.