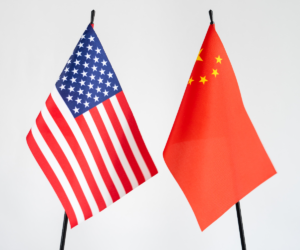 In the October 2022 unclassified version of the Department of Defense (DoD) National Defense Strategy (NDS) (the previous one was published 2018), the DoD, while recognizing “the persistence of security threats” from Iran, North Korea, and terrorist groups like Al Qaeda and daesh, focuses on China and Russia. For the DoD, China constitute “a longer-term threat” and in order to face that threat, the Pentagon will continue to coordinate with the State Department to expand US access in the region, as the NDS stipulates.

Globally, China’s clout is spreading economically and diplomatically. Russia is an “acute” threat, but a declining power now struggling to find a dignified solution to the Ukraine mess.

It is reported that for the first time, the number of Chinese embassies surpasses that of US embassies around the world: 280 Chinese foreign missions compared to 275 American. The US and allies, however, far outnumber China and (quasi) allies. EU member states have nearly 3,192 foreign missions. France comes third in the number of missions per state, followed by Turkey with 253, Japan 247, Russia 242, Germany 227, Brazil 222, Spain 215, Italy and the UK with 205 each. Simple math makes the DoD demand for Department of State diplomacy to expand access in the region more plausible.

While the US maintains diplomatic, military and economic supremacy in the Middle East, there are a few challenges to the way the US handles traditional allies such as Saudi Arabia and Israel, and adversaries like Iran. Traditional Arab allies, according to veteran American diplomat Martin Indyk, are making their “small” moves away from the US because they can no longer count on the US as a “reliable ally” that would defend them in times of need (terrorist attacks on Saudi Arabia and the UAE by Iran-backed groups is a case in point). In Israel, the American voice of reason on the peace process does not resonate. Israel dictates its view rather than compromise to reach peace.

This state of affairs opens opportunities not only for the traditional US allies to diversify their allies and alliances, but also for China to intervene in the region and expand its reach. In China’s case, there is a strategic limitation and vulnerability. Traditionally, China’s energy supply from the Gulf depends on maritime security and the security structure provided by the US in the Middle East generally and in the Gulf region in particular. Therefore, there is growing realization among Chinese political and military leaders of the need to rely on Chinese security architecture. To offset this vulnerability, China invested in 11 ports (designed and built for dual use) and industrial zones across the region, including, in 2018, an agreement with Israel — the closest US ally in the region — to operate the port of Haifa, despite American reservations.

Visible Chinese military presence in the region started in 2008 when China sent three military ships to the Gulf of Aden to counter piracy attacks. This deployment, which China has kept active since then, is the first deployment of Chinese army outside its immediate maritime environment. Six years later, this presence took a more serious turn when Djibouti agreed to grant China physical access to Doraleh port and a year later, in 2015, to build a Chinese naval facility, the first Chinese base in the Middle East region, at the southern gate of the increasingly strategic Red Sea.

The NDS states an objective that is relevant to all US allies. It says: “The Joint Force will retain the ability to deny Iran a nuclear weapon; to identify and support action against Iranian and Iranian-backed threats; and to disrupt top-tier VEO threats that endanger the homeland and vital US national interests.” This language is music to all US allies in the region. And Chinese and Iranian presence and influence in the region, however defined, falls way short of that of the US and its allies. Arab countries will be in a much better position dealing with a predictable and consistent ally, whoever that may be. Logically, a more powerful ally is a better ally.

This article was originally published in Jordan News on October 30, 2022. For the original article source, click here.