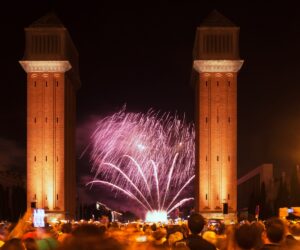 When the term “silent revolution” was coined in social sciences decades ago, it referred to undercurrents of change of value systems in societies, mainly moving from traditional value systems to more modernization-generated value systems. These undercurrents are not usually seen clearly, and sophisticated modeling methods are required to uncover and track them over time.

Such undercurrents have been observed in the Saudi society, in various aspects, particularly among the youth.

Having just commemorated its 92nd independence anniversary, Saudi Arabia has plenty to celebrate, and Jordan joined in, too. Jordan and Saudi Arabia have a shared vision of partnership and complementarity. The visions of the future of both — Saudi 2030 and Jordan 2033 — are aligned.

Driven by rapid modernization, urbanization and exposure, the Saudi society has been changing under the surface. This change, embraced by youth more than other segments of society, reached a peak with the ascendance of HRH Mohammad Bin Salman to power as deputy crown prince, then crown prince, and, last week, through royal decree, the authority to preside over the Council of Ministers when his father, King Salman, is not present. This means that reform and change are now synchronized from grassroots, mainly the youth, to the helm.

Saudi youths are pulling themselves and the country forward and upward, unstoppably, driven first and foremost by a sense of ownership of their future, educational empowerment, entrepreneurship and strong economic performance guided by the country’s 2030 vision.

The vocal and constructive revolution in Saudi Arabia manifests itself in the economic and social achievements accumulated since 2016. The most remarkable accomplishment is the record number — 1,746 — of patents Saudis registered in 2021. It is significant when compared to the average registered patents for the years 2015–2020, which stood at nearly 600 annually. This is one of many undercurrents that shot to the surface in a spectacular display of effective governance.

This increase signifies an investment process that is effective and produces results. The process stretches from a good, systematic scientific method of documentation of what Saudi researchers do to funding human capital development, and industrial infrastructure. The best example of this is the $2.4 trillion Saudi Aramco and its research and development hubs and partners, including King Fahd University of Petroleum and Minerals, which ranked 160th in the worldwide overall ranking by QS (Quacquarelli Symonds), 6th in Petroleum Engineering ranking, and registered 1,500+ US patents.

The scientific achievements are expanding due to the efficient implementation of the 2030 vision and the increasing appeal of the vision to Saudis, especially the young ones, whose aspirations were captured in the vision and who feel that they own it.

People outside Saudi Arabia are looking up to its transformation, seeing it as an economic opportunity.

The current Saudi model of result-oriented policies is presenting a credible alternative not only to the war-torn countries in the region, but also to countries that are trying to pull themselves out of economic hardship and bureaucratic inefficiency.

Neighboring countries, including Jordan, while working on their own visions and plans, need to go the extra mile required to build deeper complementarity with the Saudi transformation and plug into its processes, because it is in the interest of all.

Constructive and positive engagement with the Saudi private sector must be enhanced beyond the conventional diplomatic, and usual kind.

This article was originally published in Jordan News on October 02, 2022. For the original article source, click here.