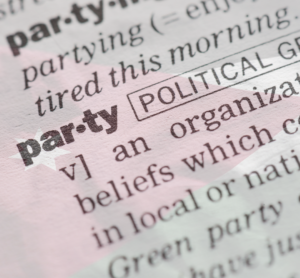 When asked about political parties, only 20 percent of Jordanians polled expressed a “large” or “moderate” degree of confidence in parties and only 37 percent think that empowering political parties can lead to much-needed political reforms.

“Jordanians do not yet see political parties as a solution to the country’s ills,” said Patricia Karam, regional director for the Middle East and North Africa at IRI. “Political parties, and the government’s promotion of them, have a long way to go in convincing Jordanians they can play a meaningful role in the country.”

People appear to be more confident in the direction of their municipality than their country, the survey found. In all, 54 percent of Jordanians surveyed said their municipality is moving in right direction, compared to 48 percent who said the same about the country as a whole. Jordanians are also more likely to participate in local elections, with 41 percent likely to vote in municipal contests, while only 30 percent are likely to vote in parliamentary elections.

“These numbers reflect growing confidence among Jordanians with their municipality,” Karam said. “Party leaders and members of parliament will need to better address citizens’ concerns if they wish to gain more credibility among their constituents.”

The poll also found that many younger Jordanians have recently thought of leaving the country to pursue a better future abroad. Forty-five percent of Jordanians, ages 18 to 35, said they have thought about emigrating in the last few years. Only 35 percent of all adults believe youth can have a good future in Jordan.

The survey was conducted by NAMA Strategic Intelligence Solutions. The sample consisted of 1,504 computer-assisted personal interviewing administered face-to-face interviews with Jordanians aged 18 and above, and was conducted nationwide between May 2 to 23, 2021.

This article was originally published in Jordan News on November 03, 2021. For the original article source, click here.