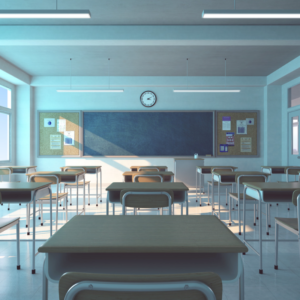 AMMAN — A local survey on Wednesday revealed that 56 per cent of Jordanians oppose the teacher’s strike, which has entered its third week, because of its negative effects on the students and their families.

Meanwhile, 60 per cent of those surveyed believe that the teachers deserve the raise they are asking for, citing the teachers’ bad economic condition.

The findings were revealed during a press conference that was held by NAMA Strategic Intelligence Solutions at the King Hussein Business Park in Amman.

Some 100,000 teachers declared a nationwide strike on September 8, as they called on the government to acknowledge and meet their right to a 50-per cent pay raise, which they claimed was promised by a previous government five years ago.

On the other hand, government officials have recently stated that the previous government “never promised the teachers a 50-per cent raise” but pledged their commitment to improving the working conditions and salaries of the teachers by the beginning of 2020.

The survey’s findings were made based on interviews with 2,516 individuals over the age of 18 over a two-week period, said NAMA Chairman Fares Braizat.

“This survey aims to provide an empirical understanding of the Jordanian public opinion regarding the teachers’ strike and to provide a realistic dialogue that would address all aspects of the problem,” Braizat told reporters.

The survey revealed that 90 per cent of the respondents support a solution that involves negotiations between the government and the JTA.

The survey asked the respondents for solutions to end the strike, according to Braizat.

“Around 49 per cent of the respondents suggested giving the teachers financial raises in accordance with the state’s budget and to tie the raise with the teachers’ career performance,” Braizat explained.

23 per cent suggested approving the 50 per cent raise to end the strike, while 10 per cent rejected any raises for the teachers if the government did not have the financial means to do so, he added.

On Tuesday, Prime Minister Omar Razzaz said the teachers’ strike “sums up” the situation in Jordan, most notably, the difficult economic conditions facing citizens and the government alike.

The teachers’ issue constitutes part of the public sector’s woes, the premier said, posing the question: “Will the situation remain the same or are we to create a shift in the public sector, which will not be an easy task and may face a backlash?”

“The government is patient in regards to dialogue for a solution, however, the suspension of students’ studies holds everyone responsible — both the government and the Jordan Teachers Association’s (JTA) council,” Razzaz underlined, adding that out of “a sense of responsibility”, the latter must not prolong the strike.

Additionally, the JTA had asked for the government to apologise for the way that the authorities reportedly handled the sit-in they staged in Amman on September 5, during which the association claimed its members were subject to violations.

The association also rejected the government’s proposal during a meeting last week, describing it as “vague”, and stressed that it tackles none of the teachers’ demands.

Meanwhile during the same meeting, the government insisted that their proposal set a “new model” to improve the living and financial conditions of teachers while developing the educational process.

The JTA vowed to continue its strike, claiming that the recent government and previous governments have ignored their demands for too long.

The open strike was announced after the sit-in in Amman on September 5, during which, the JTA claimed, violations were committed against its members.

The Public Security Department denied the allegations but confirmed that 50 teachers were detained during the protest for “illegally forcing their way through to the government’s headquarters at Amman’s Fourth Circle”, which the JTA had designated as the protest’s location.

At the time, the government rejected the set location, allowing the teachers to hold their protest near Parliament in Abdali instead; however, teachers were adamant on the original spot, but were blocked from reaching the Fourth Circle.

This article was originally published in The Jordan Times on September 25, 2019. For the original article source, click here.