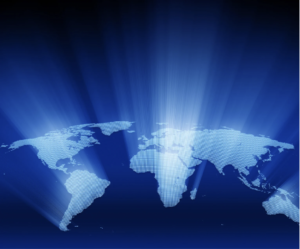 The Arab World is currently at a critical point, politically. The future of democracy in the region is rather uncertain. The failed, or failing, transition to democratic systems was replaced by a stronger, and more resilient, consolidation of powers. The once bright prospect for pluralism that came about with the Arab Spring in many countries is now back to square one, and countries seem headed toward stronger authoritarian rule.

Turning the page on the Arab Spring is no solution. The socioeconomic conditions that led to the uprisings are still there, if not worse. Unemployment, lack of job opportunities, lack of confidence in public institutions, and especially arbitrary and targeted political detention, inter alia, are at a worse point nowadays than they were last decade.

The other side of the coin – that is, the conditions for unitary control – do not look bright either. Data from the Arab Barometer research network shows a decrease among individuals in the region who believe that political leaders are concerned with the needs of ordinary citizens. That is a 3.4 percentage point decline among youth and a 2 point decline among adults between 2011 and 2018, as more than 52 percent of both groups believe that leaders are not concerned at all with their needs.

Further, assessing citizens’ overall confidence in their governments shows a 14.2 percentage pointdecline among youth in the region, from an average of 67.7 percent in 2007 to 53.5 percent in 2020, according to data from the World Values Survey.

All of this indicates that dissent is anything but gone even though its foundations and drivers are immensely different. Any looming protests will see demands to address poverty and unemployment, as opposed to democracy and human rights, as was the case 10 years ago.

Protestors may still call for democratic change, but they will be more concerned about the protracted economic decline in their countries. Prolonged poverty produces desperation, and business as usual is not enough, especially considering the neighborhood effect, according to which protest in one country in the region could be echoed in another.

How should policymakers act to preempt mass protests? There are generally three possible ways. The first, and most probable, is top-down reform. Tunisia and Iraq are two recent examples, as they announced early elections. Iraq already held them. The second, and least probable, is bottom-up, civil society-led change. Sudan is a recent example. The third outcome, which is somewhere in the middle, is a coup d’état, also à la Sudan.

The first two outcomes can coincide, and the past decade has seen multiple failed attempts toward actualizing either of them. This stems from various push factors, such as the absence of civic space and lack of checks and balances, along with a stark mismatch in the frequencies between the top-down policies and the bottom-up demands.

The third outcome can be a hit or miss. On the one hand, data from the World Values Survey shows a near 8 percentage point increase in confidence in the armed forces between 2007 and 2020. On the other hand, the coup in Egypt has had mixed responses – between proponents who praise the developments in infrastructure and opponents who emphasize the absence of citizen input and lack of civic space. The neighborhood effect is key in this context, as the increasing level of trust in armed forces and potential infrastructural developments may in fact outweigh the negatives.

Nevertheless, even the positives of this third outcome can only serve for short-term purposes. Inglehart and Welzel’s theory of intergenerational value change stipulates that once economic and physical security are met consistently for some time, it is very likely for one’s priorities to change, mostly toward post-materialism, where autonomy and self-expression are essential.

What could be done in light of these realities? There ought to be a calculated mix of short- and long-term strategies encompassing economic, political, and educational reforms. Economic growth must be the main short-term objective; rapid growth, to be more precise. Equally important is job creation.

Governments in the region are indeed in an unenvious position, given the terrible economic implications of the ongoing global pandemic. Still, limited resources can be offset by increased productivity. IMF research on China’s rapid growth in the 1980s and 1990s found that productivity gains were responsible for 42 percent of the country’s growth. Productivity-led growth is also more likely to be sustained.

That alone would certainly not be sufficient. Education reform is also needed. Current educational systems in the region do not produce problem solvers and critical thinkers; instead, they raise bureaucrats. If sustained productivity-led economic growth is achieved, then in a decade, a new generation can reap the gains of technological advancements, and increases self-expression. Reforms, ultimately, must go hand in hand with serious and tangible cracking down on corruption.

This article was originally published in Jordan News on March 28, 2022. For the original article source, click here.