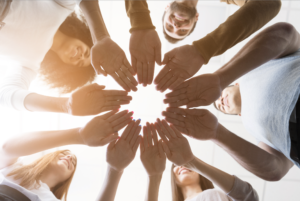 In terms of numbers alone, the Arab world is unfortunately experiencing more conflicts than ever before, whether armed confrontations or financial crises. Many of the protracted armed conflicts in the region have entered their second decade or are deep into their first.

Not only have these conflicts lasted for too long, but they have also had terrible human, financial, and material repercussions. If we were to look at the armed conflicts in Syria, Iraq, Yemen, and Libya alone, over 960,000 people have lost their lives, 41.4 million are in immediate need of humanitarian assistance, 11.7 million are displaced, and 7.47 million have had to flee their countries altogether. In addition, there have been trillions of dollars in financial, material, infrastructural, and even environmental losses.

Youth and children make up the vast majority of the Arab world, with an estimated 65 million people under the age of 30 living in these four countries alone. Many of the younger generation are not old enough to understand the drivers and underlying reasons behind their countries’ conflicts. However, this generation has lived conflict in every sense, and they continue to experience major negative implications, including unemployment, truancy, and sociopolitical marginalization.

They also continue to be targeted by armed violent extremist, terrorist, and sectarian factions, and have been used as scapegoats to be perpetrators or victims of these organizations’ heinous actions. With many of these groups retaining strong and influential political arms, young people’s confidence in organized political processes is dwindling, and apathy is becoming more universal.

These political factions, whose corrupt practices have alienated large segments of societies, have prevented young people from participating in their countries’ resolution, recovery, and development roadmaps. For instance, in a survey conducted by MENAACTION in early 2022, when young people across the Arab world asked about the single biggest challenge they faced nowadays, 14.4 percent said they were being actively excluded from political and public life, and were thus unable to contribute to their countries’ plans.

Such perceptions of marginalization are alarming, especially considering that armed groups and sectarian factions constantly compete with legitimate governments for public support. This means that the aforementioned 14.4 percent are prone to recruitment by armed groups, not to mention irregular migration, among other negative ramifications. Perhaps the only preventive factor is their tremendous desire to assume their rightful role in their countries’ crisis resolutions.

Several political analysts and conflict resolution experts have argued for the importance of including young people at negotiation tables to ensure their views are heard, in attempts to reach favorable settlements. While, for the most part, this has yet to come to fruition, the inclusion of youth in discussions over their countries’ conflict resolutions is a must, for a number of reasons.

First, young people tend to subscribe to what is known as the citizen frame, whereby they advocate for matters of concern for the general public, rather than a singular group, which is a trait they share with women’s groups. This was evident in the so-called “Arab Spring” demonstrations and most protests across the region since then.

Second, youth’s solutions tend to be forward looking, progressive, and sustainable. In this same survey mentioned earlier, about 62 percent indicated that reform should be introduced little by little, as opposed to all at once, and they indicated aspects pertaining to liberty, rule of law, participation, and equality as the main tenets of good governance.

These factors are tied to the third reason. Youth tend to adhere to the principles of post-materialism, particularly autonomy and self-expression, per the Inglehart and Welzel theory of intergenerational value change. Together with their inclination to advocate for issues of concern to the general public, the conditions that youth would probably place on the negotiation table would generally ensure more space for dialogue and autonomy for all.

Fourth, sociopolitical subcultures are important to facilitate and reconcile opposite interests into consensual political solutions. In fact, many studies by renowned scholars such as Margaret Kohn suggest that the inclusion of women and youth groups at the negotiation table does not only provide important components such as facilitation and reconciliation, but it also lays the foundation for a successful democratic process.

Therefore, inclusive peace processes have a better chance of a long-lasting success. They can essentially strengthen a society’s ability to avoid a relapse into armed violence. On top of that, the inclusion of youth in conflict resolution discussions would not just reflect positively on achieving more potential solutions, but it would also lead to positive peace hand-in-hand with social justice.

Ensuring that youth — and women for that matter — have their seats at the negotiation table is just one aspect that must be accompanied by acknowledging, amplifying, and augmenting their perceptions and needs. It is only by listening to and integrating their inputs that true active inclusion can be achieved. That way, we can edge closer to sustainably address the crises that have engulfed the region for many years.

This article was originally published in Arab News on June 04, 2022. For the original article source, click here.