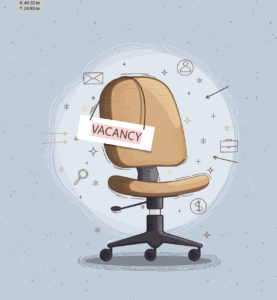 If we were to exclude the Gulf states, the current rate — according to the ILO data — would stand at 15.2 percent, about one in six people. Unemployment has become youth’s most prevalent challenge, with an average unemployment rate of 29.7 percent as of 2020, and a staggering rate of up to 50 percent among youth in Jordan today.

While job loss has certainly played a role in these rising rates, it is important to add that government inability to create jobs has also been an important factor. For instance, and according to a study by Carnegie in 2017, Jordan’s creation of new jobs dropped from an average of 70,000 new jobs created annually by 2008 to an annual average of 48,000 new jobs as of 2015.

Adding to that, the number of new labor market entrants remains on the rise, with an estimated 120,000 new entrants in Jordan, excluding 200,000 Syrian refugees who were promised work permits. Similarly, Lebanon has created an average of 13,000 new jobs annually over the past 10 years while about 33,000 new university graduates enter the job market, according to a GIZ study.

If we were to examine this situation from a purely labor market supply-demand point of view, with the increase in supply of labor and the decrease in job creation, not only is there a bearish and sustained deficit, but we would also expect to see lower wages, worse work conditions, and ultimately a declining economy.

It is somewhat unfortunate that this gloomy situation is clouding a positive change in work attitudes. According to data from the World Values Survey, 92 percent of Arab respondents from the surveyed countries in 2020 stated that work is important in life, compared to 88 percent in 2014. This is coupled with 69 percent who believe that placing less value on work in the future is a bad thing, compared to 63 percent in 2014.

Further, we can make a normative assessment that, of those who have jobs, many people believe they work more and harder nowadays than they did before, meaning higher productivity — in principle. Increased productivity is generally associated with rapid  growth. The pressing question, then, is why doesn’t increased productivity in the region translate into national economic growth?

There are a number of possible answers. A short and realistic answer is the economic implications of the pandemic and the high unemployment rates across the region, coupled with price rises. This means that individuals are less able to engage in economic transactions apart from necessities such as rent, utilities and debt repayment.

Another potential explanation centers around the size of the informal sector in non-GCC countries, which amounts to nearly one quarter of official GDP, according to a 2019 World Bank report. Much of this contribution can be attributed to the provision of jobs. However, with lower wages, lack of regulation and overall inability to leverage its outputs, the informal sector’s contribution to economic growth is intrinsically limited, let alone that it is difficult to incorporate it under national taxation policies.

Further, the accumulation of capital and labor, regardless of increased productivity, cannot maintain long-term growth. Thus, the third side of the total factor productivity (TFP) triangle — technological advancements — would have to be a better driver of long-term growth.

In fact, a study by economist YiLi Chien illustrates a positive correlation between past technology-driven TFP and future growth. He emphasizes that the driver of more sustainable growth is technological developments rather than labor or capital, whose returns tend to diminish with time. Perhaps the most relevant conclusion is that economic growth driven by technological advancements is more likely to recover more quickly after recessions.

With a global economy that is, by all indicators, moving toward a recession, it is essential that our economies are equipped to withstand and emerge capably, with technology being the cornerstone. Technology can help to produce faster, better and cheaper. It is not only capable of driving sustainable and long-term economic growth, but it is also inherently labor-based, thus leveraging the Arab world’s greatest asset — its people.

Rapid technological advancements are inevitable, and it is essential that our economies develop the foresight to adapt. Should we continue to fall behind, we risk the loss of at least 29 million jobs in the Arab world by 2030 due to automation, according to a study by McKinsey. The situation could be even worse, as many universities have canceled programs that are essential for the future job market, including programs in information technology.

There is an immediate need for an integrated, multi-sectoral plan that connects universities, industries and employers with current and future labor market demands. Such a plan ought to better incorporate the information sector and facilitate technological advancements.

This article was originally published in Arab News on July 16, 2022. For the original article source, click here.