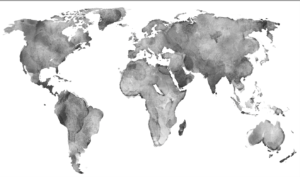 In a working paper published in 2005, Ashraf Ghani, Clare Lockhart and Michael Carnahan discussed 10 core functions a state must deliver on to respond to any pressing challenge it may face. They asserted that these functions offer a revitalized look into state administration, as opposed to the traditional view, which places all emphasis on security provision.

Of these core functions, the investment in human capital stands out. While the World Bank provides a classic definition of human capital as the means to accelerate more and better investment in people for greater equality and economic growth, Ghani and his peers take a more holistic approach — indicating that it produces and amplifies citizens’ capabilities as active actors in the economy, polity and society, with education playing an integral role.

In a region that is predominantly youthful, such as is the case in the Arab world, it is important to assess the level of state investment in youth human capital. An accurate assessment can be extrapolated by examining two components: The product and the investment.

Looking at the product component, data from the World Bank, the World Economic Forum, the Human Development Index and BTI’s Transformation Index shows that there is a long road ahead of the Arab states if they are to leverage the capacities of their young populations as economic, political and social stakeholders. In fact, the data suggests that the current composite score for the level of investment in youth human capital stands at 43.2 percent.

Economic inclusion is an especially important factor to address, with an overall average of just 27.7 percent, according to data from the World Bank and WEF. Such low figures are critical, particularly with high youth unemployment rates across the region, coupled with states’ inability to create jobs.

On top of that, the average level of youth financial inclusion across the region stands at just 39.1 percent, more than 18 percentage points below that of adults. All of this suggests that the prospects for self-employment and entrepreneurship become even more difficult.

The level of youth political inclusion is at a slightly better place, albeit marginally shy of 50 percent. The youth’s ability to stand for public office, vote and exercise political and social freedoms — particularly freedom of expression — without fear of reprisal is key.

By safeguarding these rights, the youth’s capacity to play their civic roles reflects positively on the state as a whole, especially given their tendency to advocate for issues of importance to the general public, more than any other demographic or political or socioeconomic group.

Social inclusion is often overlooked in the region. Data from the BTI Transformation Index, which incorporates aspects pertaining to social safety nets, equality of opportunity and sustainability, yields a composite youth inclusion average of 34.8 percent across the Arab world.

The importance of social inclusion even goes beyond these factors, especially considering the clear correlation between social exclusion and joining terrorist groups. Further, most Arab states lack available and accessible free public spaces for young people to enjoy recreational activities. This contributes to a growing level of cultural desertification, which fuels radicalization in the region.

Education, particularly higher education, can be characterized as the glue that keeps these factors together. In fact, higher education, in this context, ought to be geared toward producing responsible citizens and relevant skills for the economy.

Assessing Arab states’ efforts in that regard indicates an average of 60.6 percent, according to Human Development Index data. While this is relatively high, more needs to be done. Our current educational systems need to produce problem solvers and critical thinkers, as opposed to bureaucrats. Without such an intrinsic shift, administrative reform and even competitiveness will not be realistic.

Looking at the investment component, there appears to be less emphasis on youth human capital in the region. When comparing state budgets between 2020 and 2022, there has been a decline in expenditure on the youth sector, from an average of 18.4 percent in 2020 to 16.5 percent in 2022.

In this context, the youth sector is made up of government institutions that have a mandate and provide services for youth, including ministries and commissions of youth, education, health, employment and training, among others.

Aside from Saudi Arabia, Bahrain, Oman and Mauritania, all other Arab states saw a decline in their allocated spending on the youth sector. This decline might be attributed to the COVID-19 pandemic, yet conventional wisdom would entail increased spending on this sector, which involves some of the most important vehicles for recovery from the ramifications of the pandemic.

Increased investment in the youth sector would certainly reflect positively on youth human capital. That can also lead to improvements in innovation, social well-being, inclusion rates and productivity. Increased productivity is especially key to achieving rapid economic growth, something that all Arab states need in order to overcome the economic crises brought about by the pandemic.

This article was originally published in Arab News on April 16, 2022. For the original article source, click here.