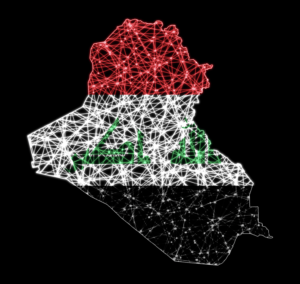 Mazhar Mohammed Saleh, the finance consultant to the Iraqi prime minister, this month announced that Iraq is close to finishing its Kuwait reparation payments. With about $2.5 billion left, Iraq has thus far paid $49.5 billion. Saleh clarified that 3 percent of Iraq’s revenue from every exported crude oil barrel is dedicated to reparation payments.

This is a major milestone toward reconciliation between the two states and is an example of Iraq’s goodwill toward building positive political and economic relations with regional countries, particularly those in the Gulf, along with Jordan and Egypt. If the Gulf nations welcome Iraq with open arms and reciprocate the same energy, Iraq’s economy can start to see the light at the end of the tunnel.

In mid-August, the head of the National Iraqi Alliance, Ammar Al-Hakim, warned of an imminent collapse of the political system in the country. He proposed seven key points to address political failures. Among these points, he notably emphasized reforming Iraq’s foreign policy-making based on Iraqi priorities.

For the past two decades, Iraq has become engulfed in Iran’s sphere of influence, with Tehran exerting greater control over its policies. International and regional powers that looked to limit Iran’s role and influence in the region have also left Iraq under pressure, with Iraqi citizens enduring most of the burden.

Meanwhile, the Iraqi government continues to facilitate its regional foreign policy in a manner that does not necessarily represent the needs of citizens. Rather, it has reflected disastrously on them. Such foreign policy choices have also effectively placed Iraq within Iran’s corner.

With new Iranian President Ebrahim Raisi being a known hard-liner, the West’s approach toward Iran is not likely to soften. If anything, sanctions might be aggravated, exacerbating Iraq’s economic challenges, albeit indirectly.

Looking at some of these indirect impacts, Iraq’s unemployment rate stands at about 40 percent, partly due to the government’s inability to create jobs, while the country’s gross domestic product continues to fall, with a 10.3 percent contraction in 2020. And COVID-19’s third and fourth wave hit Iraq badly. It has now recorded more than 1.9 million cases and 21,000 deaths, while only 6.3 percent of the population is fully vaccinated.

With that, and while sanctioning Iran may remain the only policy, improved regional rapprochement with Iraq is an important option to consider, particularly among the Gulf nations. Whether Gulf nations view this approach as interconnected with their relations with Iran or as a completely independent prospect, the outcome is improved political relations with Baghdad, along with mutual economic gains.

While rapprochement with Iraq is likely to be viewed within the realms of a zero-sum game, especially in an increasingly insecure region, it is rather more effective to view this potential policy from a liberalist standpoint. For that, the Gulf nations can essentially determine the areas where Iraq can be beneficial for their economies, which may include offshoring production, leveraging Iraq’s market of unemployed skilled labor.

Prime Minister Mustafa Al-Kadhimi has been attempting to revitalize bilateral relations with Saudi Arabia, Jordan and Egypt, while also building relations with Kuwait. At the same time, he is aware of the need to maintain a balanced standing with Iran. Such a situation requires Iraq to perfectly balance its foreign relations. This means that the Iraqi government ought to align its foreign policy interests with the needs of its population. Iraqis are becoming increasingly dissatisfied with their state’s foreign policy orientation. This is a ripe situation for the success of a Gulf rapprochement with Iraq.

Saudi Arabia has already built the foundations for stronger relations with Iraq with the opening of a consulate in Basra in 2019, along with a sizable financial support package over the past few months.

Since Iraq employs a decentralized system of governance, the Gulf nations and their businesses can explore such economic prospects with various individual Iraqi governorates, moderated by the federal government. This can also create a healthy competition among Iraqi governorates to offer better prices and more favorable deals with Gulf businesses, as both sides benefit.

Iraq requires tremendous economic and financial assistance. Financial aid packages can only alleviate some pressure on the short term. Apart from Iran, there is minimal regional investment in Iraq’s private sector. Tehran’s investment in Iraq has not provided notable economic benefits, mostly due to sanctions. Gulf nations should explore Iraq as a viable contender for their business investments, and they can even leverage Jordan as a mediator to form a strong economic triad.

This article was originally published in Arab News on September 23, 2021. For the original article source, click here.