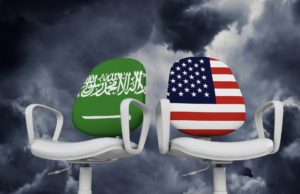 Two recent events have truly cemented Saudi Arabia’s position as a regional political power, perhaps more than anything before. First, US President Joe Biden’s visit, with its goals of reasserting America’s influence in the Middle East and finding a solution to the rising price of fuel, found a different Middle East from what he might have expected.

Second, just as Biden held meetings and visits in preparation for the Jeddah summit — that brought together the GCC, Egypt, Iraq and Jordan — Saudi Arabia’s Crown Prince Mohammed bin Salman had his own meetings. The crown prince had a widely celebrated tour of Cairo, Ankara and Amman, coupled with proxy talks with some of the summit’s other attendees.

The outcome was a prepared front and clear agenda that placed the priorities of the Middle East at the forefront. While the West might have long viewed Saudi Arabia’s importance as being based on its religious significance and economic power, thanks to its oil production, the picture is now very different. The region arguably has a sole major geopolitical power that can, and should, replace Western influence.

However, from an international relations perspective, the past few weeks also signified historic zigzags in the Middle East’s power dynamics. Tehran’s announcement immediately after the Jeddah summit that it had reached nuclear bomb development capabilities rather interrupted the momentum and complicated the power dynamics in the region.

The significant insecurity in the Tehran camp during Biden’s visit, the crown prince’s tour and the Jeddah summit might have been offset by the nuclear milestone announcement, which also marked the end of any prospective nuclear deal, at least in the shape long expected by the international community.

Now, from a regional security perspective, everyone must be very worried about Iran’s announcement. As the inputs change, the response and overall orientation ought to be changed too. All regional actors now have roles to play in stabilizing the situation. Thus, if ever there was a time to contain Iran, it is now.

The actors primarily include Saudi Arabia, the US, Jordan and Iraq. While the inclusion of Israel could, at least on paper, support the situation given Tel Aviv’s nuclear capabilities and regional insecurity, particularly toward Iran, it must be avoided. This is because the last thing the region needs at the moment is a nuclear standoff.

If we were to examine the roles to be played by each of these actors individually, a holistic approach could be formulated.

For Saudi Arabia, it should continue to enhance its political power through two main approaches. It should first further its regional rapprochement and solidify its relations with Middle Eastern actors, particularly Jordan and Iraq. Secondly, it should learn from both the US and China how to enhance its regional politico-economic stance, as well as its soft power.

This includes striking more business deals regionally and exploring direct investment and even the direct implementation of infrastructure development projects that offer a steady return on investment. The ultimate goal can be to become the most important foreign investor in key strategic countries in the region.

Jordan, meanwhile, needs to explicitly illustrate its political support for Saudi Arabia and emphasize the importance of its multifaceted ties with the Kingdom. It should also liaise and advocate with Europe and with the US across its two major fronts, the presidency and the Congress.

It is also important to consider that Jordan itself has a stake in this and must be feeling worried, especially since any potential Iranian confrontation with either Saudi Arabia or Israel would place it in a geopolitically insecure position.

Iraq has a major role to play since it has open communication channels with Iran. Prime Minister Mustafa Al-Kadhimi has proven his ability to balance relations with both Riyadh and Tehran and thus can bring the two states closer to resuming talks. He can also clarify Iran’s intentions to ensure that we are not relying on outdated conceptions that continue to view Iran as the isolated revolutionary state of the 1980s.

Finally, the US should reorganize its cards, revitalize its approach toward Iran and do much more than just sanction it, as sanctions have proven massively inadequate. It must also act quickly and smartly ahead of a possible change in the presidency following the 2024 election. And it must consult with the region’s actors before taking any action.

The bottom line is that if the West wants to support the Middle East, it needs only do so through its partners and it should refrain from its own miscalculated interventions. In fact, a recent report by the Tony Blair Institute revealed that the West holds many misconceptions in relation to modernization in the Middle East. The region is now in a much better place in terms of understanding its dynamics, while the key regional actors have what it takes to stabilize the situation.

This article was originally published in Arab News on August 05, 2022. For the original article source, click here.