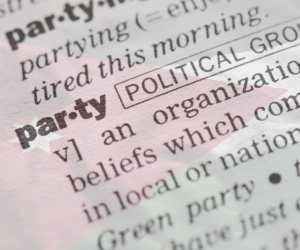 Since the 2012 demonstrations, Jordan has implemented a number of constitutional reforms in its efforts to expedite the process of democratisation. The Royal committee for constitutional reform, along with the government and Parliament, have debated and worked on reforming the Constitution, with the electoral law at the core of these reforms. Parliament at that time debated the electoral law and introduced multiple ideas.

As such, the 2013 parliamentary elections introduced a mixed electoral system, comprising of both a single-member district system to elect 123 MPs and a proportional representation (PR) system to elect the remaining 27 reserved seats. This system was introduced to further institutionalise political parties in Parliament. However, given the absence of a threshold criterion and the number of reserved seats, the outcome was a mosaic of 23 different political parties/ blocs occupying the 27 seats, four of which had two MPs or more.

As the 2013 electoral system was inefficient to foster the development of political parties, the 2016 elections abandoned the one-person-one-vote system altogether and introduced block voting for all seats while lowering the number of MPs to 130 instead of 150. The new law stipulated that eligible votes would elect 115 members from 23 electoral districts using open-list PR, with 15 seats reserved for women and nine for Christians, Chechens and Circassians. Fifteen political parties participated and won 42 seats, compared with 61 national lists that participated in 2013, competing over the 27 seats.

This brief background shows that progress has, in fact, been made. While only 18 per cent of the 2013 Parliament were representatives of national lists and political parties, the 2016 Parliament has about one-third of its members representing political parties. There are currently 47 registered political parties with the Ministry of Political and Parliamentary Affairs, 15 of which participated in the last elections, while the remaining abstained. According to the 2012 Political Parties Law, each existing licensed political party receives an amount of JD50,000 annually as a contribution from the state.

We should not let the progress made stop us from doing a better job in the next elections. It is imperative for a threshold to be represented in the next parliamentary elections: Political parties need to perform better and state funding should not be given as a mere contribution without accountability. As such, it is time for a carrot-and-stick approach. Political parties that win representation in Parliament should be incentivised, while those who do not should not be given full funding. This is expected to incentivise them to run developed campaigns discussing core policy issues, and with time, we may finally see them develop more advanced ideological stances, which will enrich plurality within the political scene.

This article was originally published in Jordan Times on April 04, 2019. For the original article source, click here.